The Japanese Society of Intensive Care Medicine (JSICM) was founded in 1974. In 1989, i.e., in the year of the 25th anniversary of our society, the fifth World Federation of Societies of Critical Care Medicine Congress was held in Kyoto, Japan. Since 2001, the Japan-Korea Joint Congress has been held every year in the two countries in an alternating fashion. Furthermore, in 2009, the International Joint Clinical Study Projects were started, involving multiple countries. As of April 2012, the JSICM has 9095 members, including about 6400 physicians, about 2300 nurses and about 300 clinical technologists. Intensive Care Unit (ICU) is quite a special unit of a hospital providing healthcare services on a 24-hour-per-day basis under close linkage between physicians and affiliated healthcare professionals (nurses, clinical engineers and so on). The physicians joining the JSICM are physicians who have specialized in intensive care, with past experiences as anesthesiologists, emergency physicians, cardiologists, pediatricians, and so on.

ICU usually accepts patients in the most serious general condition from the operating rooms, general wards, outpatient emergency units. Here, intensive care is undertaken of severely ill patients using life-sustaining devices (ventilators, hemopurifiers, percutaneous cardiopulmonary support, etc.) and sophisticated medical devices (physiological function monitoring devices, etc.). According to the nationwide survey conducted by the JSICM in 2006, the number of ICU beds available per 100000 population was 4 in Japan, smaller than the figures (7-24 beds per 100000 population) reported from Western countries. The functional category of ICUs in Japan, according to the JSICM specialist training facility classification, is most frequently “general ICU” (about 60%), followed by “postoperative ICU” (about 10%), “critical care ICU” (about 10%) and “coronary and cardiac disease CCU” (about 5%). The outcome of treatment at these facilities in recent years has been excellent, with the death rate reported being less than 15%, comparable to the reported outcome in the USA and Germany. Thus, ICU is now indispensable in middle-sized or large acute care hospitals for the management of severely ill patients.

The JSICM has been publishing a semi-official journal since 1976, and an official journal since 1994. On these journals, more than 100 scientific papers have been published annually in recent years, contributing to advancing education, research and the clinical aspects of intensive care.
Furthermore, our English official Journal titled "Journal of Intensive Care" will be launched in 2013.

For physicians specializing in intensive care, the specialist certification system was started in 1992. As of April 2012, 935 specialists have been certified. In the future, we plan to revise this system complying with the certification standards of the Japanese Board of Medical Specialties, so that the knowledge and skill levels of specialists in intensive care can be further improved. At the same time, we propose to make contributions to advances in intensive care from broad viewpoints, including efforts to establish a database on intensive care, facilitate clinical trials on intensive care at the global level, and provide support for intensive care in foreign countries. The nurses joining the roles of this society have been engaged in a broad spectrum of activities through various committees organized within this society and have been providing better nursing care at the ICU on a 24-hours-per-day basis. ICU and CCU nursing education seminars and seminars on mental care for family members have been held, and scientific studies on nursing have been conducted under clinical settings, so as to stimulate cultivation of young competent nurses and improvement in nursing skills at ICU. In addition to the physician unit and the nurse unit, the clinical engineer unit of our society will also begin its organized activities before long. Clinical engineers belonging to the JSICM have been contributing to advancing maintenance and inspection of life-sustaining devices and physiological function monitoring devices at the ICU and to their safety management.

The JSICM will continue moving forward toward the goal of supporting and advancing intensive care, which is the last resort for life preservation and treatment of severely ill patients with acute stage.
e医学会
会員ページログイン
入会のご案内 会員事務手続き お問い合わせ 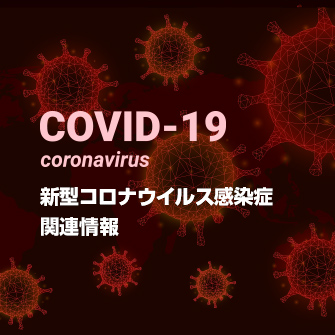 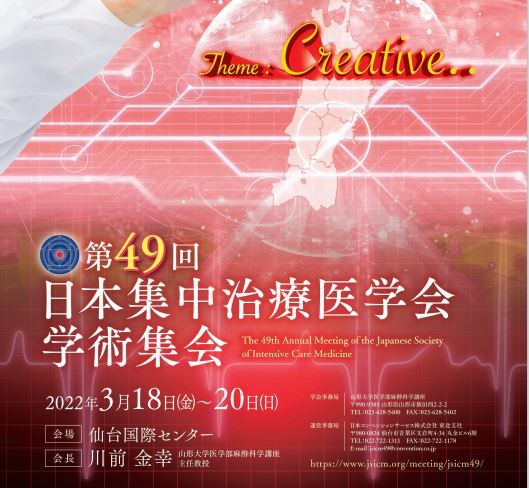